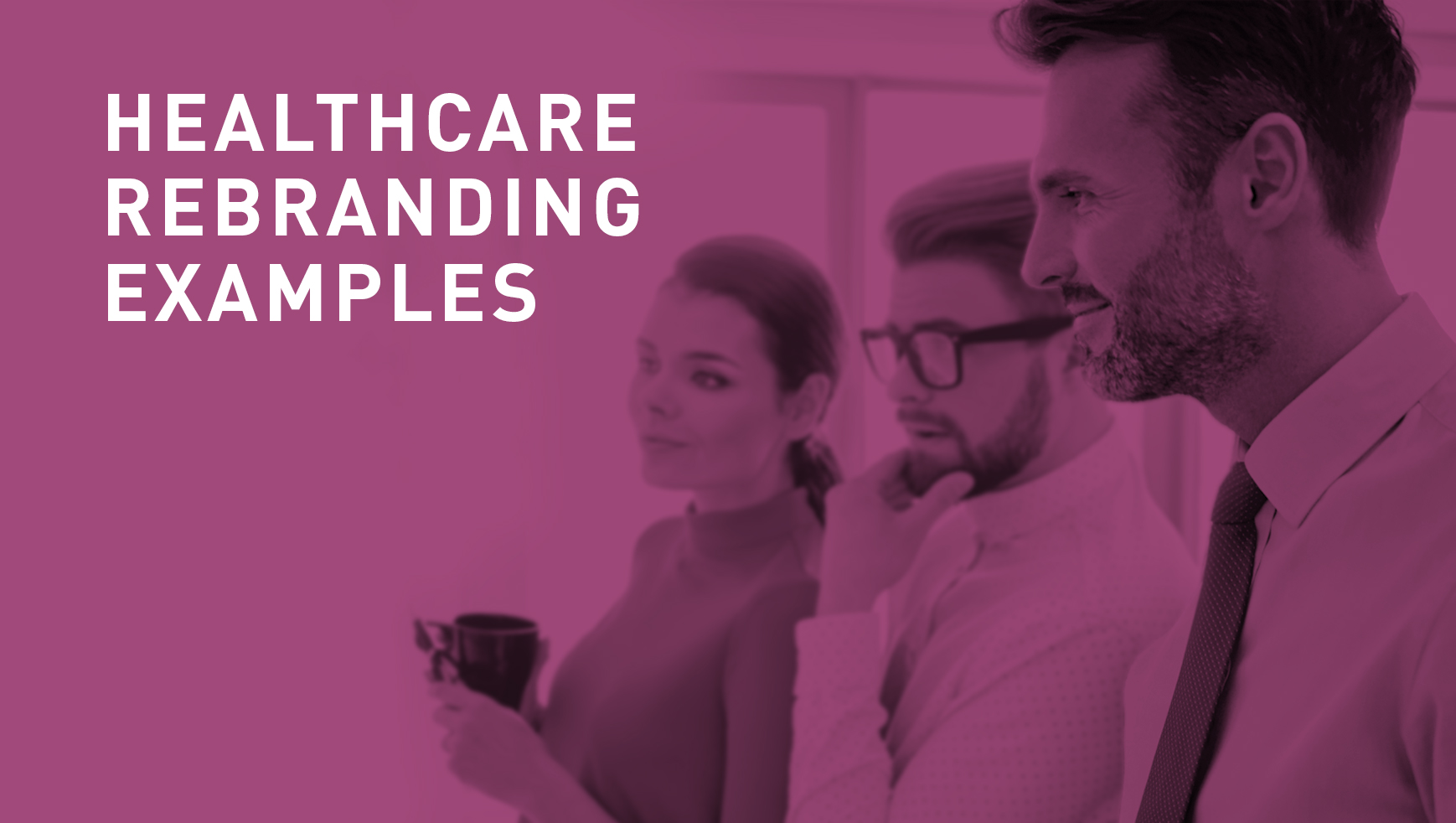 A high-profile rebranding initiative can transform a healthcare company, outlining a new way forward, boosting company morale, and helping to better serve the needs of the community. It can also be a complete fail.

In what follows, we’ll look at nine examples of healthcare rebranding. Six are initiatives that knocked it out of the park; three are illustrations of what not to do. Each is instructive in its own way, and some will go down in history as a testament to the power of branding, for better or—sometimes—much, much worse.

At the start of 2016, CVS, the company known for its huge nationwide chain of pharmacies, became CVS Health. The organization restructured itself into four separate and distinct brands: CVS Pharmacy, CVS Specialty, CVS Minute Clinic, and CVS Caremark, each offering customers products and services in a different area of personal wellness.

Prominently featuring “CVS” in the names of these new sub-brands allowed CVS Health to expand the scope of their offerings while leveraging the equity of their trusted, existing master brand.

The sub-brands in the CVS family also utilized the well-known typography and color of the original CVS Pharmacies, proving that a company doesn’t always need a complete overhaul of its identity for a rebrand to be successful. Sometimes a simple restructuring and a fresh approach to what already works is enough to get the job done.

The healthcare platform Zocdoc may be considered an industry leader and an innovator in the medical tech space, but until recently many still wondered aloud why their logo looked like it was from 2007 and cost about $80.

The answer is simple: Zocdoc’s old logo was from 2007 and did cost $80! That was all the money the company’s founders could scrape together at the time for a graphic designer to craft their brand identity. Now, with over $1.8 billion in annual sales, Zocdoc can afford to invest more into their brand. As a result, they’ve left their old look behind in exchange for a friendly and imaginative identity that speaks to the accessible nature of their platform.

In 2015, multi-state healthcare system Catholic Healthcare West changed its name to Dignity Health. The switch gave the company an opportunity to reposition itself with a new name that had very positive connotations.

“Dignity” is a powerful idea in the healthcare space. It is the gold standard of patient treatment—to show respect to those you serve while also providing excellent medical care. By directly associating the brand with the highest goal of healthcare providers, Dignity Health tapped into powerful and positive existing perceptions.

North Shore-LIJ Health System sought to reposition itself from a regional healthcare provider to a nationally recognized brand (and gain a foothold in the vital New York City market in the process).

While critics were somewhat underwhelmed by the “safe” choice in name, there was a decidedly more excited reception for the company’s new logo. Northwell Health replaced the generic medical look of the old Northshore logo with a colorful, life-affirming identity incorporating upward-pointing arrows that evoke growth, progress, and positive change. 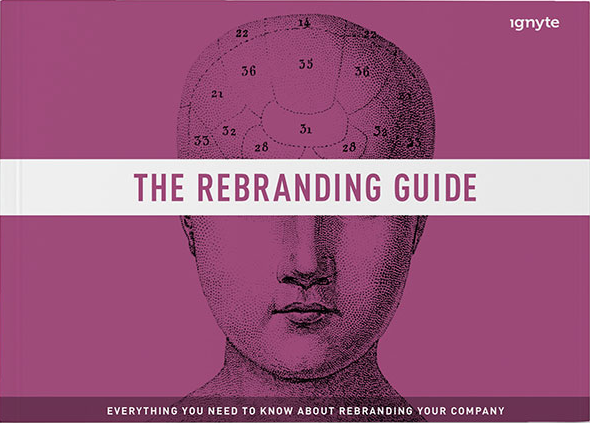 The Definitive Guide to Rebranding

Everything you need to know about rebranding your business-and avoiding costly mistakes.

You wouldn’t think that an organization that performs healthcare for at-risk families throughout Africa would make rebranding a priority, but French health and wellness provider Pesinet understood the potential benefits of a switch. Moving from Pesinet (and its staid logo and color palette) to the name Djantoli (with a vibrant yellow color scheme) evokes the brand’s life-saving services and projects a feeling of warmth and hope that was missing from the brand’s previous identity.

The new brand’s new tagline, “Because every life counts,” is a powerful distillation of the selfless mission of those who help provide healthcare and medicine for those who need it the most.

Despite the life-saving work performed by the fundraising teams at Cancer Research UK, the organization’s logo circa 2014 felt far too corporate and detached to communicate the warmth and teamwork central to the brand.

Rather than overhaul the entire brand, or rename the company, the rebranding team behind Cancer Research UK simply took a different approach to an existing idea. Using the dots and other circular images to form a “C”, rather than the previous arrow shape, the organization was better able to communicate its core competency of raising money for cancer treatment. The new identity speaks to the collective, team-focused approach needed to succeed in helping families coping with the disease.

German pharmaceutical giant Merck unveiled a new identity system in 2015 that was, well, confusing at best. The firm behind the concept, FutureBrand, found its inspiration “in the infinitely fascinating world under the microscope.” A press release announcing the new logo went on to say:

“Inspired by this vivid universe, FutureBrand created an ecosystem of elements: striking colours, expressive cells, energetic strings and experiential macrobes that can be combined to celebrate Merck’s imagination… All of this is held together with a simultaneously technical and organic typeface that allows Merck to tell its most colourful stories ever.”

The idea of empowering a pharmaceutical company to tell more colorful stories was a bold one. And most of the colors themselves are fresh and invigorating. But the custom typeface that comprised the new Merck wordmark was an unmitigated disaster. It looks as if the name were written with a king-size Sharpie on a wet cocktail napkin. Generally, if when you present a logo it prompts questions like “did someone sit on this on the way to the office?” it should not be considered a successful execution.

The Creepy and Clumsy Siemens Healthineers

Ah, Siemens. The global conglomerate was responsible for one of the most notorious healthcare rebranding missteps of the 21st century. Certainly the brand had the best of intentions when, in 2016, they abandoned the longtime name Siemens Healthcare and rebranded the company as Siemens Healthineers.

Turns out, wrong. What you get instead sounds like the moniker for employees at a dystopian theme park. What you also get is global consensus on how badly your rebrand missed the mark.

After reimagining their logo in 2015, Quest Diagnostics received positive reviews of the font they chose for the new wordmark. Critics were less kind, however, when it came to the redesigned lettermark that came along with it.

While the old Quest Diagnostics lettermark—an overly busy affair that had tried to shoehorn both a sunrise illustration and the letter “Q” into a confined oval shape—was well overdue for an update, the new iteration did not prove much stronger. Between the interior gradient, the internal and external borders of the Q, and the boundary of the lettermark itself, there are no fewer than four circular shapes, cut through by the sharp tail of the Q. The resultant effect is dizzying and imbalanced—and not in a good way.

When rebranding is done right, healthcare organizations are able to reach more of their target audience, and change course with their corporate goals, or simply breathe new life into a tired brand. But when rebranding goes wrong—and believe us, it goes wrong a lot—organizations learn the hard way that careless strategy or poorly executed design can leave you wide open to the scornful gaze of the public eye. Not even the healthcare industry is immune to this reality, despite the noble missions of the brands who operate within it.

The Definitive Guide to Rebranding

Everything you need to know about rebranding your business-and avoiding costly mistakes.

A prolific blogger, speaker, and columnist, Brian has more than a decade of experience in design and branding. He’s written for publications including Forbes, Huffington Post, and Brand Quarterly.

The Definitive Guide To Rebranding

Everything you need to know about rebranding your business - and avoiding costly mistakes.

We're an award-winning branding agency specializing in brand psychology. Our team of industry experts have a knack for building authentic, irresistable brand experiences.

Get our latest posts delivered straight to your inbox. 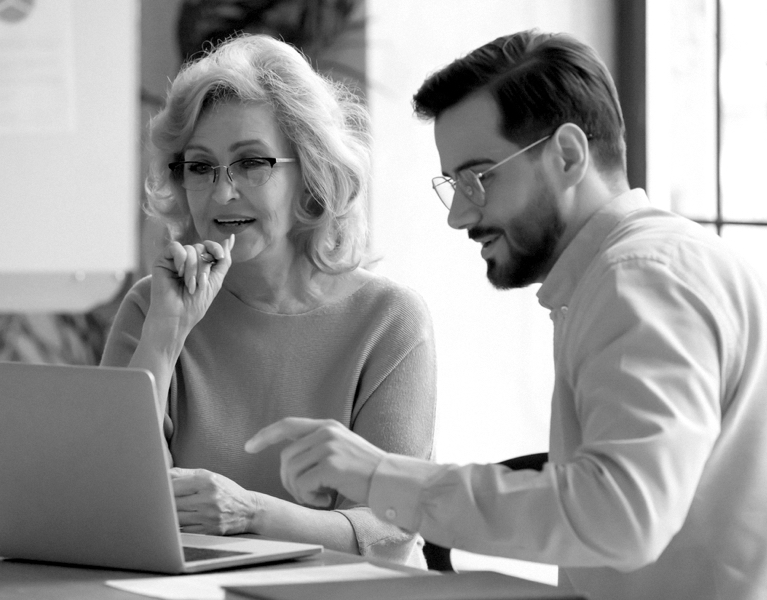 Let’s Talk About Your Brand

Find out what’s holding your brand back. Get clarity on how to move forward. 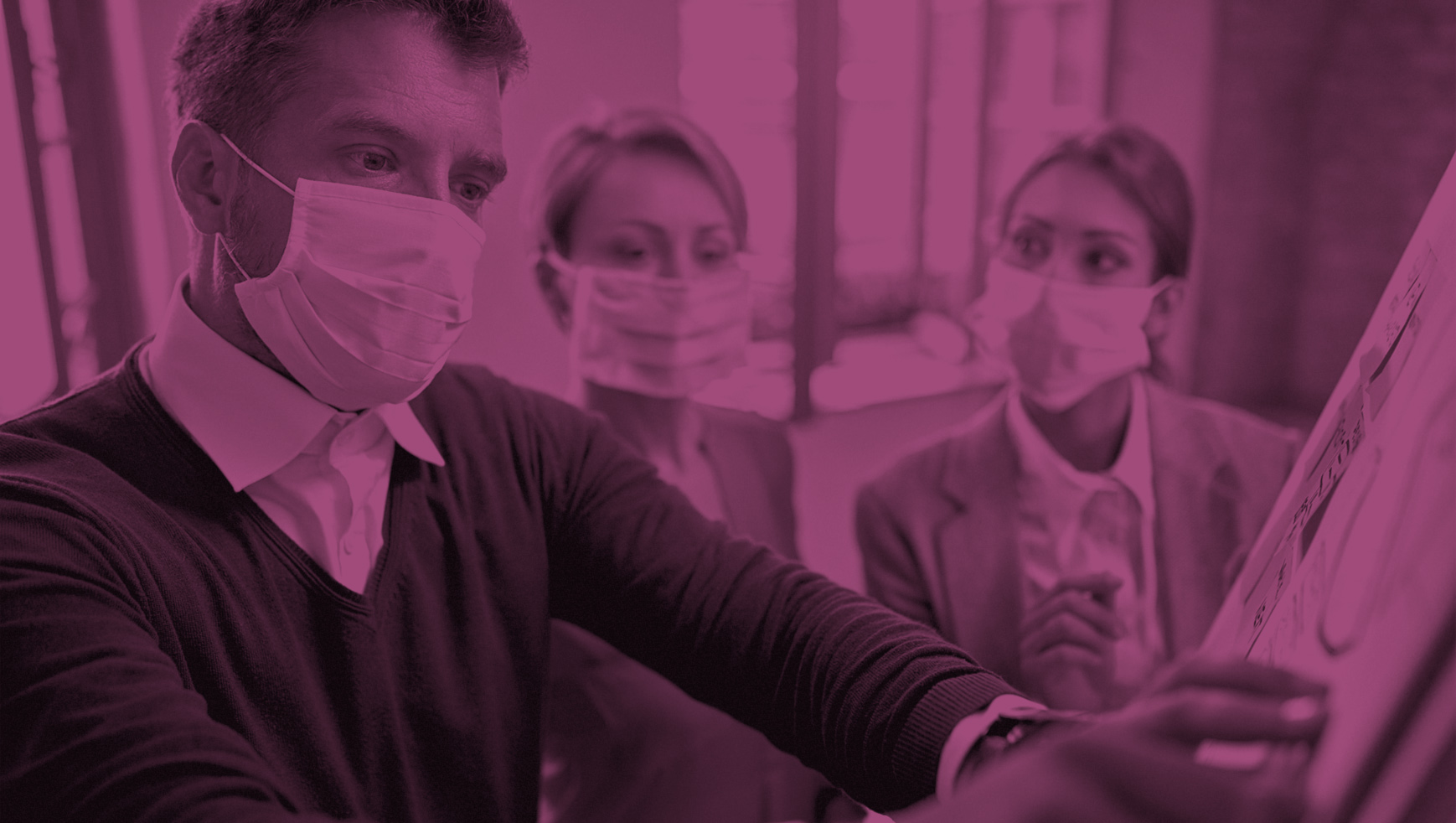 5 Reasons to Rebrand in a Pandemic 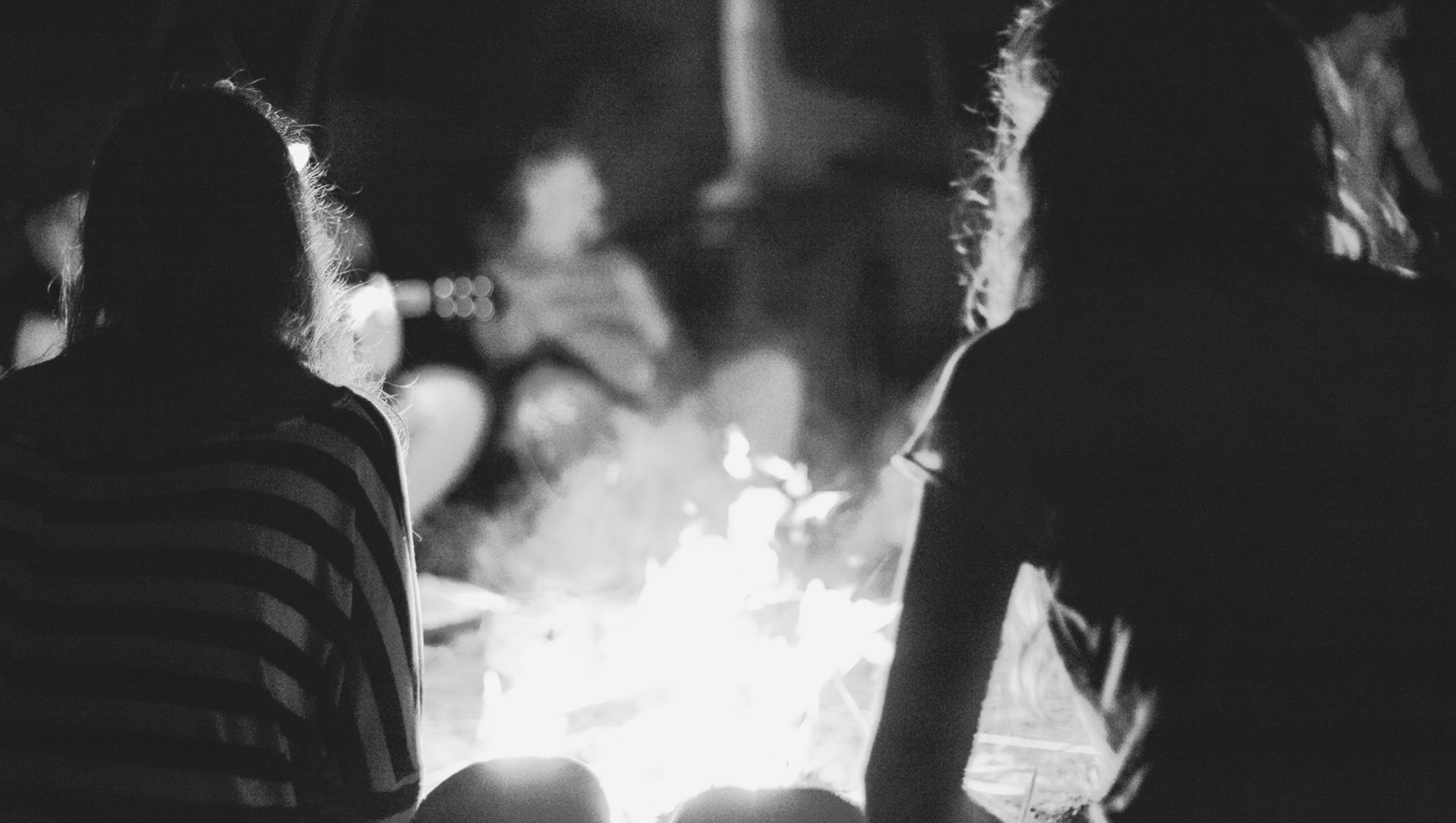 Telling the Story of Your Brand 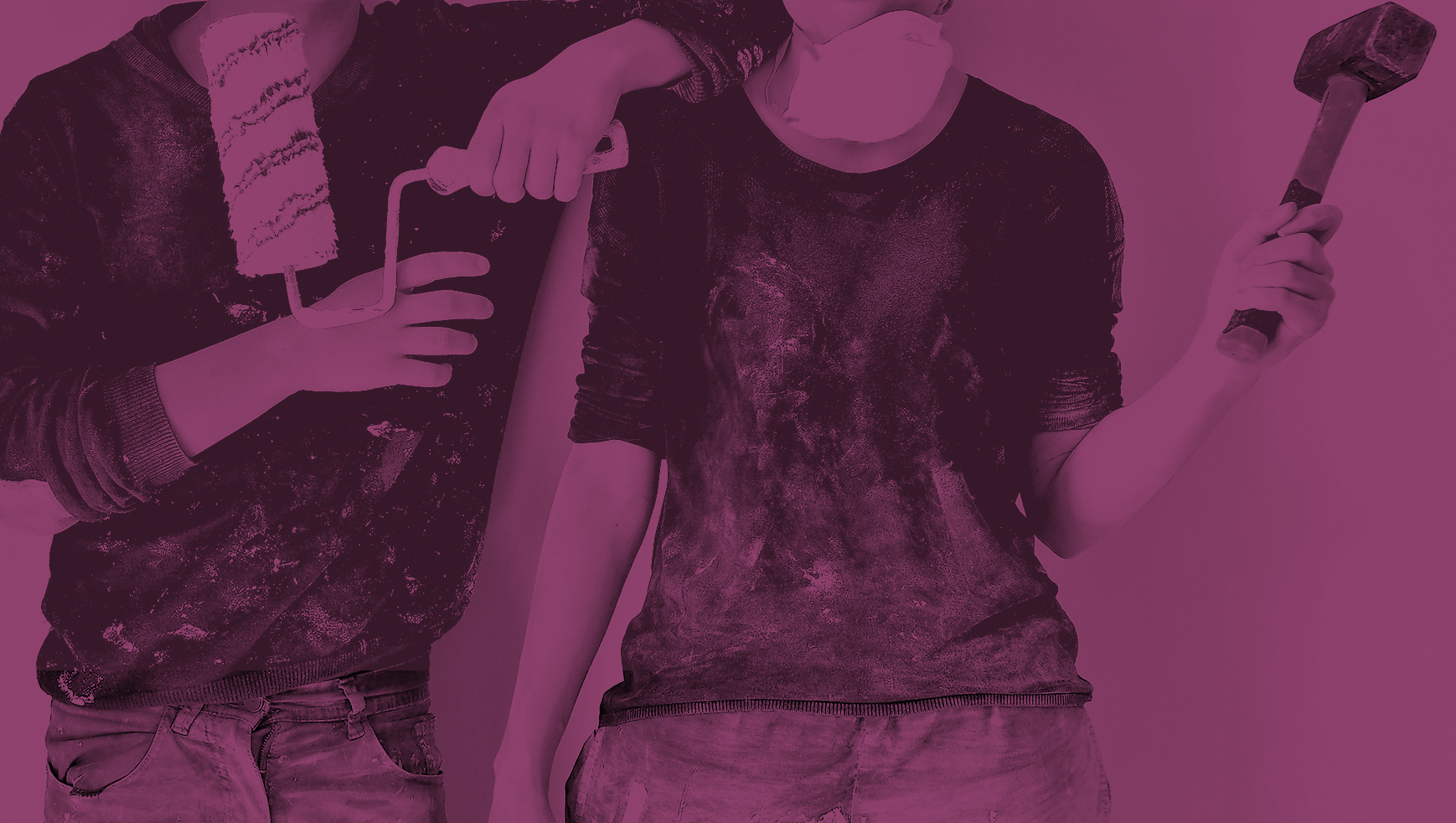 Refresh or Rebrand: What’s the Difference?